Natural Hair Grows
Growing Healthy Hair from the Inside Out

Detangling natural hair is a less traumatic experience for me now. Yet before, when I was combing from root to tip with my finer-toothed combs, it was a nightmare. The main reason for this was knots: sometimes, one, two or even three on a single hair strand. I didn’t immediately see them when I was detangling natural hair, but when my comb came into contact with them…Ouch! So of course I thought it was time for a trim.

However, almost like clockwork in a month or two, there they were again. I’d feel the knots stop the comb as if to say, “Where are you going?” and my scalp would yelp, “Ouch!” So about every two months, when the comb no longer went freely through the ends of my hair, I would get it trimmed, which was very self-defeating when you want to grow longer hair. However, as time passed I noticed that these knots weren’t on every hair strand. So after a little research, I found that dermatologists called these hair knots, “trichonodosis.” There are two kinds. The kind I will discuss here is associated with tightly curled hair which is spiral in shape. These knots are half-hitch knots like the one pictured below: 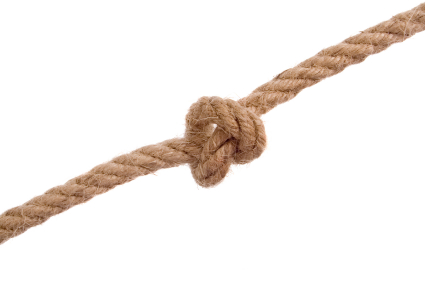 Because tightly curled hair is not oval or round, like straight hair, but ribbon-shaped and does not lie flat, it creates spirals which when pulled and released may lead to entangled hair forming knots. (English & Jones, 1973)

Half-hitch knots have a pattern and possibly could be detangled if they are knot tight. (Sorry, I just couldn’t resist) No, but really… This tendency of spiral hair to tangle may lead to loose knots which are pulled tighter by friction and grooming (Scott, 1988) techniques like combing, and brushing.

I’ve also noticed that shed hair before leaving the scalp tends to tangle with other hairs forming knots on its way down the hair strand. I compare it to someone saying goodbye to everyone before leaving a party. Sentimental, but sometimes, he just can’t let go and forms very tight knots on his way out.

So where do we go from here? Possible Solutions: 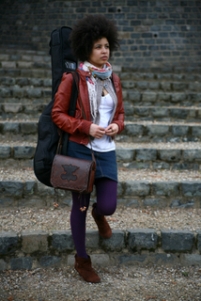 I suggest the following:

My hair is breaking? What should I do?

Are my products safe?

How is natural hair different from any other type?

Have people actually grown their natural hair out? Or is it a myth?

Is long hair only a dream for natural hair?

What does my diet have to do with my hair?

Where can I find some cool natural hair t-shirts?

I have a question/comment/business inquiry....